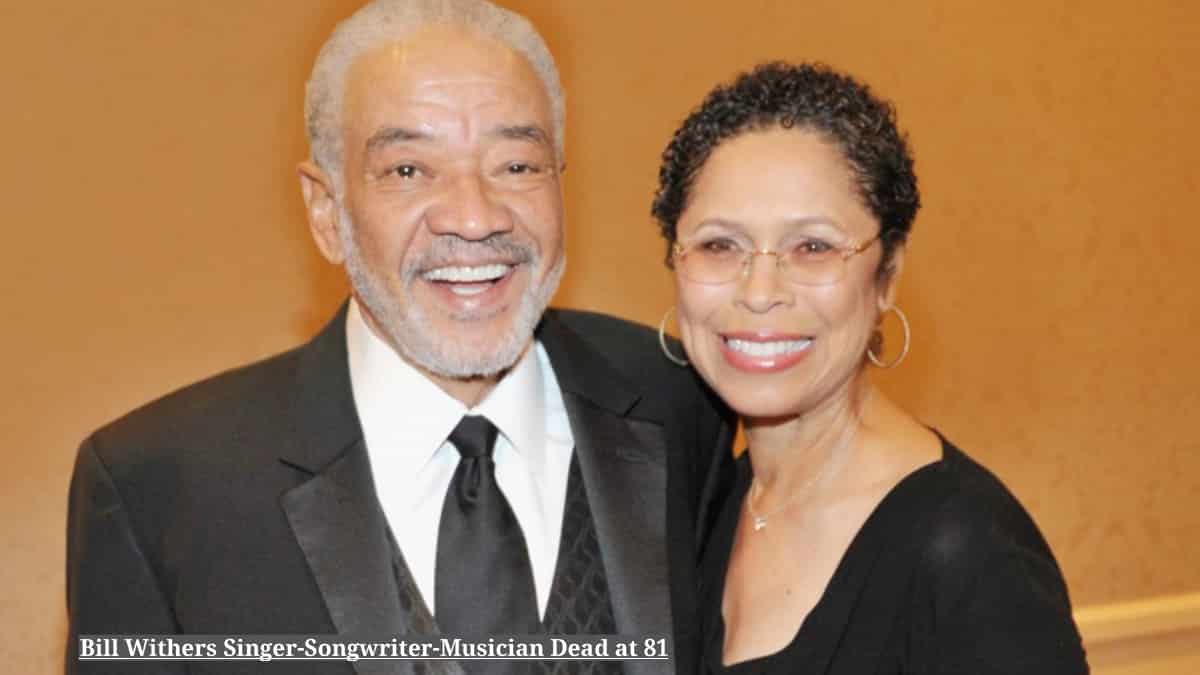 by News Contributor
in Famous People Who Died Today in 2020, Gone But Not Forgotten, Who Important Died Today
0

Bill Withers (Bill William Withers Jr.) was an American singer-songwriter and musician who performed and recorded from 1970 until 1985 with hit songs as “Lean On Me” and “Ain’t No Sunshine.”

Bill Withers, the acclaimed 1970s soul singer behind hits Ain’t No Sunshine and Lean On Me, has died from heart complications aged 81, his family said. The singer died on Monday in Los Angeles; the family told the Associated Press. They described him in a statement as a “solitary man with a heart-driven to connect to the world.” “He spoke honestly to people and connected them,” the report said.

Born in 1938, Withers was the youngest of six children. His father died when he was a child, and his mother and grandmother raised him.

His entry to the music world came late – at the age of 29 – after a nine-year stint in the Navy. He taught himself to play the guitar between shifts at his job, making toilet seats for the Boeing aircraft company, and used his wages to pay for studio sessions in LA.

“I figured out that you didn’t need to be a virtuoso to accompany yourself,” he told Rolling Stone magazine in 2015. He recorded his first album, Just As I Am, with Booker T Jones in 1970. It included the mournful ballad Ain’t No Sunshine, which earned him his first Grammy award the subsequent year.

Known for his smooth baritone vocals and beautiful soul arrangements, he wrote some of the 70s best-remembered songs, including Just The Two Of Us, Lovely Day, and Use Me. On the song Lovely Day, he set the record for the longest sustained note on a US chart hit, holding a high E for 18 seconds.

Although he stopped recording in 1985, his songs remained a significant influence on R&B and hip-hop. His track Grandma’s Hands g sampled on Blackstreet’s No Diggity, and Eminem reinterpreted Just The Two Of Us on his hit 1997 Bonnie And Clyde.

Lean On Me has recently become associated with the Coronavirus pandemic, with many people posting their versions to support health workers. “We are devastated by the loss of our beloved, devoted husband and father,” said Withers’ family in a statement.

“With his poetry and music, he spoke honestly to people and connected them. “As private a life as he lived, close to intimate family and friends, his music forever belongs to the world. In this difficult time, we pray his music offers comfort and entertainment as fans hold tight to loved ones.”

US musician Chance the Rapper led tributes, describing the singer as “the greatest” and recalling some of his memories.

He scored another million-selling hit with Lean On Me in 1972.

Gospel-tinged and inspirational, based on his experiences growing up in a West Virginia coal-mining town: When times were hard, neighbors would lend each other help and assistance, and the memory stuck with the singer. Later the song was performed at the inaugurations of both Barack Obama and Bill Clinton.

But Bill Withers quit at the top, walking away from his career after scoring a pop hit with Just The Two Of Us, although he occasionally toured with Grover Washington Jr in the 1990s. As a younger man, he suffered from a debilitating stutter, and in 2015, he and fellow stutterer Ed Sheeran put on a benefit concert for the Stuttering Association For The Young.

The same year, Withers got inducted into the Rock Hall of Fame, and when asked how it felt by US TV show CBS Good Morning, he joked, “It’s like a pre-obituary!”

Despite his influence on generations of musicians, he did not keep track of music after his career ended. “These days,” he said in 2015, “I wouldn’t know a pop chart from a Pop-Tart.” But he was aware that his compositions had become part of the fabric of the music.

“What few songs I wrote during my brief career, there ain’t a genre that somebody didn’t record them in,” he told Rolling Stone in 2014. “I’m not a virtuoso, but I was able to write songs that people could identify with.”

“The hardest thing in songwriting is to be simple and yet profound,” agreed Sting in Still Bill, a documentary about Wither’s career, “and Bill seemed to understand, intrinsically and instinctively, how to do that,”

Wife, Marcia, and children, Todd and Kori, survived him.