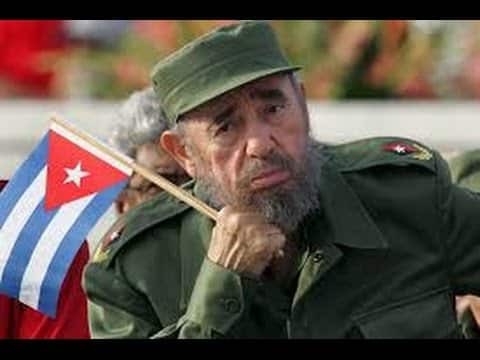 Fidel Castro, the Cuban revolutionary leader who built a communist state on the doorstep of the United States and for five decades defied U.S. efforts to topple him, died on Friday. He was 90.

A towering figure of the second half of the 20th Century, Castro stuck to his ideology beyond the collapse of Soviet communism and remained widely respected in parts of the world that had struggled against colonial rule.

He had been poor since an intestinal ailment nearly killed him in 2006. He formally ceded power to his younger brother Raul Castro two years later.

“At 10.29 at night, the chief commander of the Cuban revolution, Fidel Castro Ruz, died,” he said, without giving a cause of death.

“Ever onward, to victory,” he said, using the slogan of the Cuban revolution.

Tributes came in from allies, including Indian Prime Minister Narendra Modi and Venezuela’s socialist President Nicolas Maduro, who said: “revolutionaries of the world must follow his legacy.”

Although Raul Castro always glorified his older brother, he has changed Cuba since taking over by introducing market-style economic reforms and agreeing with the United States in December 2014 to re-establish diplomatic ties and end decades of hostility.

Fidel Castro offered only lukewarm support for the deal, raising questions about whether he approved ending hostilities with his longtime enemy. Some analysts believed his mere presence kept Raul from moving further and faster, while others saw him as either quietly supportive or increasingly irrelevant.

He did not meet Barack Obama when he visited Havana earlier this year, the first time a U.S. president had stepped foot on Cuban soil since 1928.

The news of Castro’s death spread slowly among Friday night revelers on the streets of Havana. One famous club that was still open when word came in quickly closed.