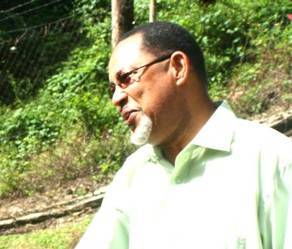 CONDOLENCE FROM DOMINICA’S MINISTER FOR ENERGY TO THE MANAGING DIRECTOR OF DOMLEC, MR. JOEL HUGGINS

The Ministry of Public Utilities, Energy and Ports learned with sadness, the news of the sudden passing of Mr. Joel Huggins, Managing Director of Dominica Electricity Services Ltd, (DOMLEC) while he was en route to visit family and friends in his native St. Vincent on Friday, November 14th 2008.

Mr. Huggins is being remembered for his quiet and calm demeanour but clear decisiveness of action in the various exchanges and dealings between his firm and the Ministry of Public Utilities, Energy and Ports on issues relating to the electricity sector.

The Ministry maintained an open dialogue with Mr. Huggins and at the time of his death was in the process of writing to inform him of the establishment of a Committee by the Minister which would engage DOMLEC in discussions regarding the terms of a Power Purchase Agreement between DOMLEC and the Government to supply electricity from Government’s Supplementary Power Generating Plant intended for construction at Jimmit with grant support from the Government of the Bolivarian Republic of Venezuela. Mr. Huggins had earlier in discussions with the Minister indicated his company’s support for the Government’s initiative to supplement electricity generation as this would save DOMLEC valuable investment capital.

I, Honourable Charles Savarin, Minister for Public Utilities, Energy and Ports, and the Government of the Commonwealth of Dominica take this opportunity to convey sincere condolences to the family and friends of Mr. Joel Huggins and to the Directors, Management and staff of DOMLEC.

The Funeral of Hyacinth Daphne Trocard